Unique birds to look out for during a safari

Unique birds to look out for during a safari 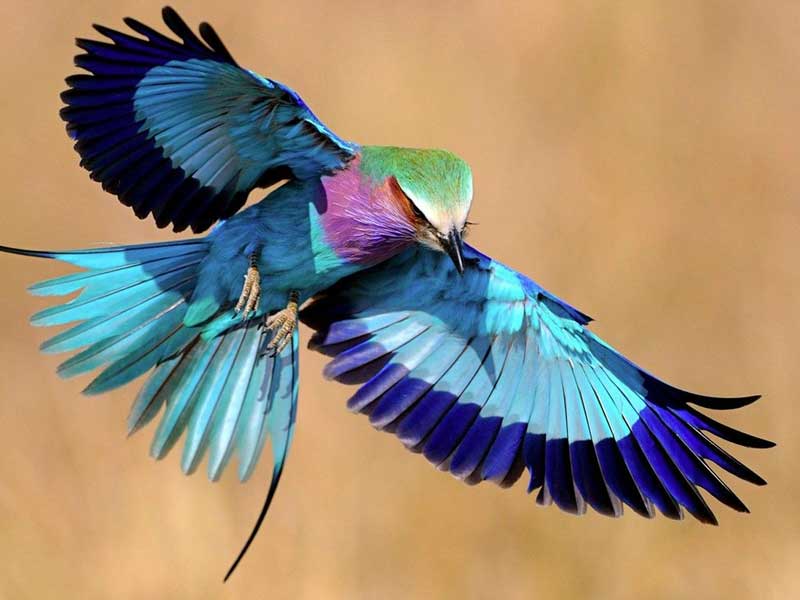 The Lilac Breasted Roller is one of the most colourful members of the Roller family of birds. The Lilac Breasted roller can be seen widely distributed all throughout the sub-Saharan Africa. Commonly found on its own or with a partner, it sits on high vantage points like high poles, the tops of trees and various high vantage point. These birds are some of the most brightly and most colourful birds in the Kruger National Park. Males will perform high dives with swoops, dives and discordant cries during mating season to impress females.

The Saddle-billed Stork is a rather large bird that reaches hights of 150cm and has a wingspan of about 2.5m. This bird is considered to be the tallest of the storks because of its longer neck, but it is not the heaviest of the storks. The males of the species can be identified by the gold yellow eyes as the females have brown coloured eyes. These birds are mainly white, with a black neck, black legs with pink joints, bright red bill with black and yellow markings. The wings and tail feathers of the bird is also dark. 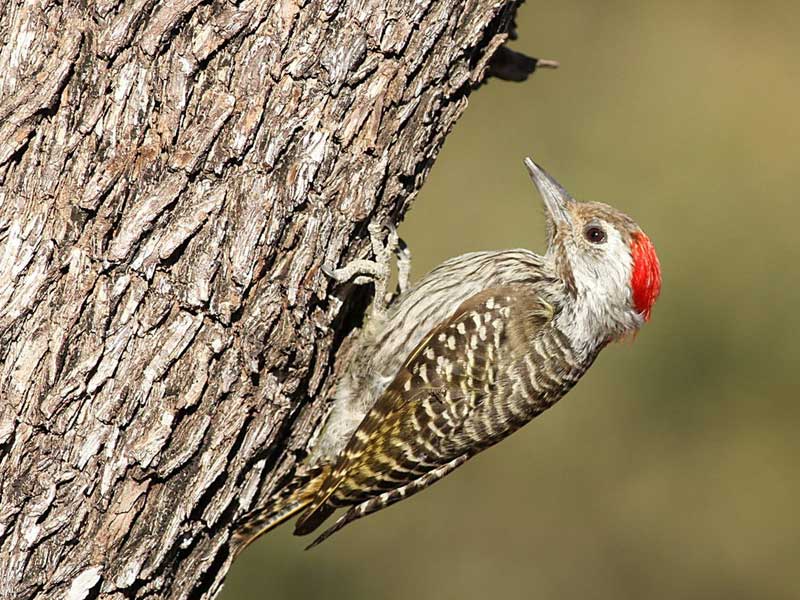 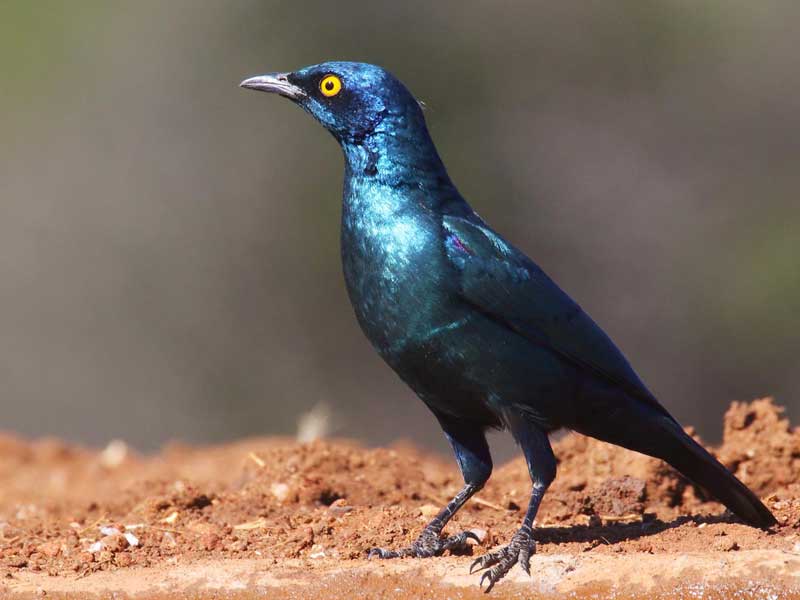 The Cardinal Woodpecker is a widespread resident of Sub-Saharan Africa. The Cardinal Woodpecker can be found in dense forests to thorn bushes. This bird has a beautiful and unique colouration. It has striped black and brown feathers with a light brown/ white chest. The Woodpecker has a fairly white face with the iconic red head that can only be seen in the male of the species. The female of the species has much darker colours and has black feathers on its head and not red. These Woodpeckers would excavate a new cavity every breeding season and a single cavity can take up to 2 weeks to make. 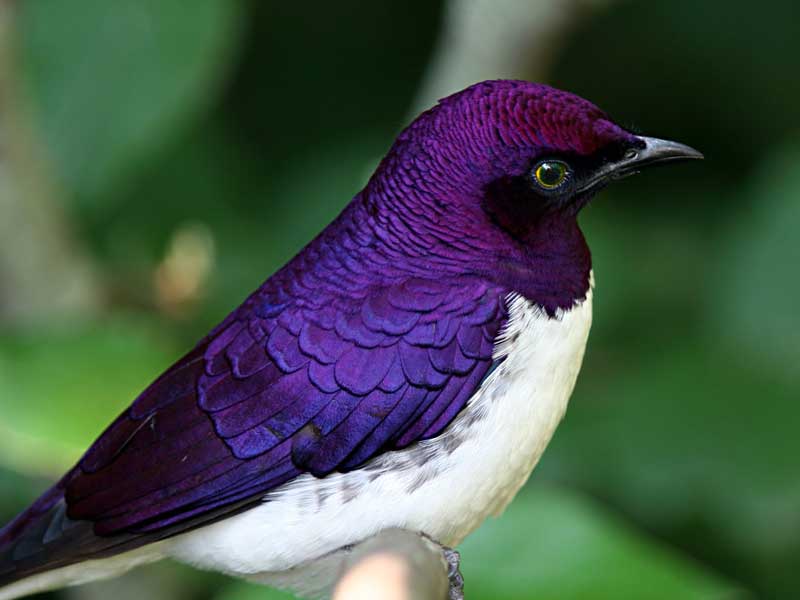 The Violet-backed Starling, also known as the Plum Starling or the Amethyst Starling, is the only member of the Cinnyricinclus genus. The Plum Sterling is also a very uniquely coloured variant of the Starling that has a completely white bottom with the whole top of the body being a pink purple colouration with the wings being black in colour. The Plum Starling is also sexually dimorphic, with the male of the species being the colourful of the species. The females are rather plain in colour, having a white underside and a brown and black top half.

The Southern Yellow-billed Hornbill is a very iconic South African bird that prefers living in the dry savannah areas of South Africa. The Hornbill is a medium sized bird that has the very characteristic yellow curved bill that makes the bird an icon of the South African Savanah. They have a white-grey underside with spotted white and black wings. The Hornbill has red rings around its eyes as well as red patches at the side of its mouth. The Yellow Billed Hornbill, like other hornbills, has a very long tail as well as long eyelashes. The difference between the male and the female Yellow Billed Hornbill is the length of the beak, with the male having a longer bill than the female. 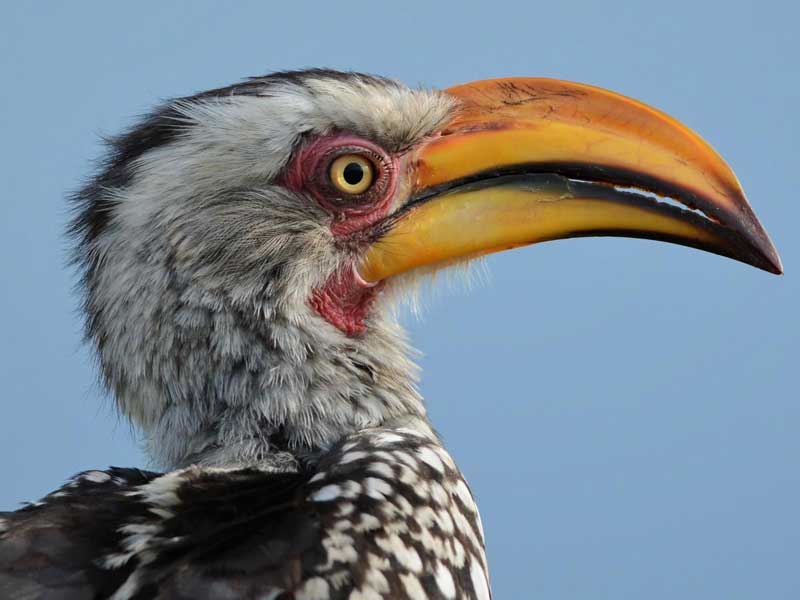